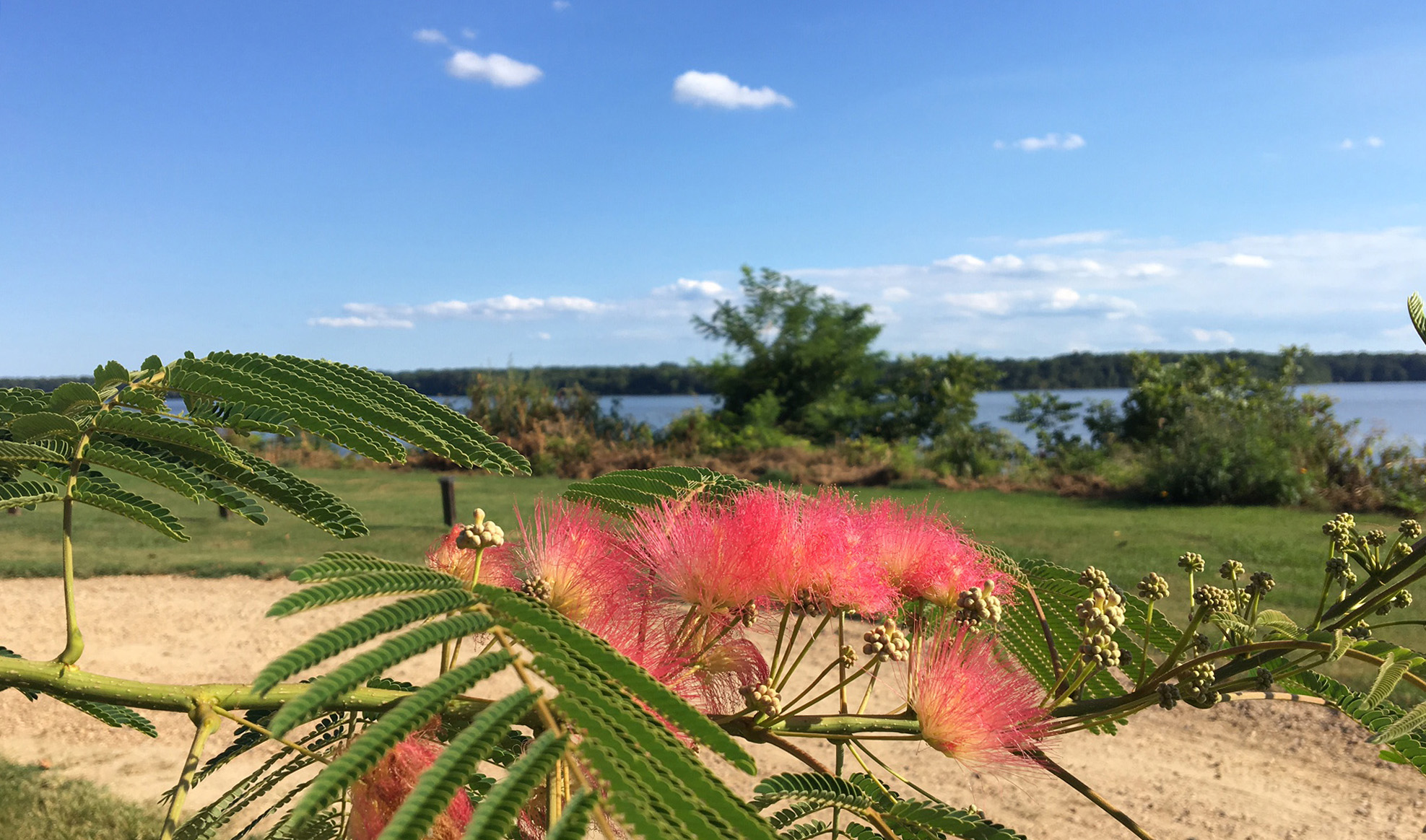 Oh, the stories the James River could tell. With plantations, former Native American settlements, and Revolutionary and Civil War battles, the banks of this river are full of history. (Cheryl Welch | Travel Beat Magazine)

The river sparkles on this late-summer afternoon as tree frogs, cicadas and crickets chime in full chorus.

Looking up from the golf-course-green banks of the river is a plantation straight out of the 18th Century.

Red bricks form a massive three-story central home, bordered on both sides by equal-sized wings of more bricks and glass. The lawn and gardens are expansive as they slope to the river.

These Georgian-style plantations have withstood the test of time. Some have made it through 12 generations, others have been sold and occupied by new families.

But what they have in common are properties bursting with architectural features such as iron scrollwork that has meaning, and echoes of the past.

Imagine sitting on the verandah, overlooking the James as both beast and man toil on the sweet tobacco crops in the distance. Imagine being one of those slaves, sweating in the hot Virginia sun, dreaming of freedom.

It’s easy to do here as you take in the many plantations that feed into historic State Route 5 in Charles City County or State Route 10 in Surry County.

Charles City County, formed in 1619 and named after King Charles I, had at one time been the frontier as settlers spread farther out into the woods and marsh, clearing timber and planting crops.

This county came to be home to Robert E. Lee’s mother’s family (the Carters), William Henry Harrison’s family and John Tyler’s family. The Carters and Tylers live here to this day.

The Top 5 best plantations to visit, include:

This is where the 10th, 11th and 12th generation of Carters live. A beautiful, three-storied, balconied property, Shirley Plantation is complete with an outdoor kitchen, stables and icehouse.

Visitors can take a tour of the first floor of this plantation home and explore the gardens and grounds. A gift shop sells tickets to the home tours as well as other memorabilia.

Take a stroll down to the river to watch the water flow by as the trees rustle above.

While more modest in stature, the Berkeley Plantation is the ancestral home to two presidents—William Henry Harrison and Benjamin Harrison. 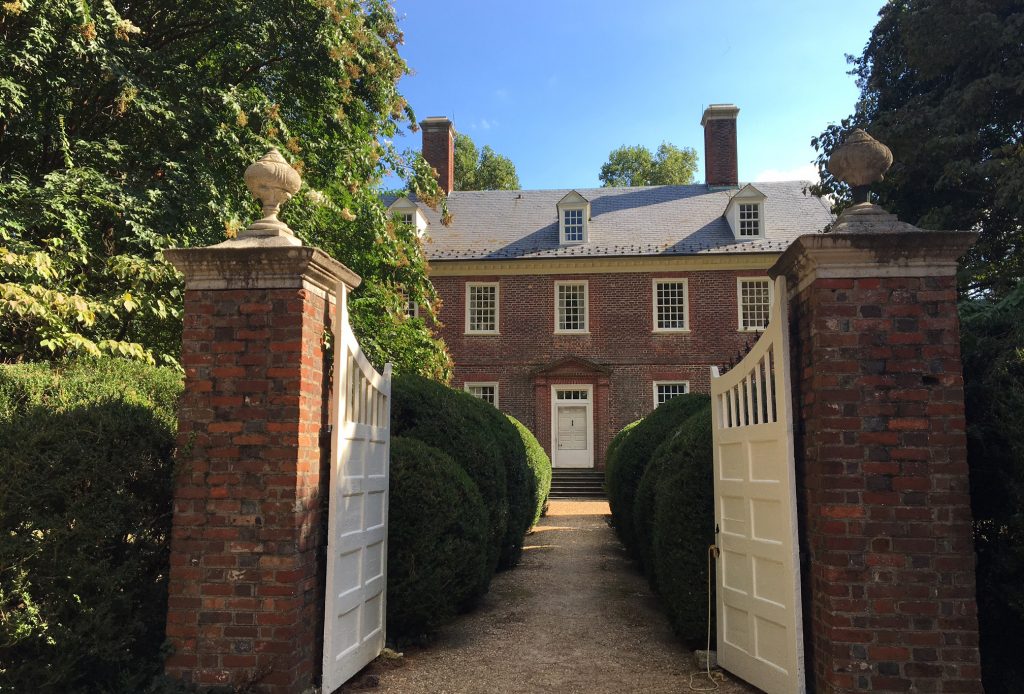 The Berkeley Plantation offers tours of the home and self-guided tours of the property. (Cheryl Welch | Travel Beat Magazine)

It’s believed to be the oldest three-story brick mansion in Virginia and is the first place that the Army bugle call “Taps” played as the song was written at the plantation’s wharf in 1862 during a Civil War encampment.

Additionally, historians have documented the Berkeley as having the first official Thanksgiving in 1619.

Visitors may enjoy an outdoor, self-guided tour with an honesty box for admission at the parking lot entrance to Westover Plantation. 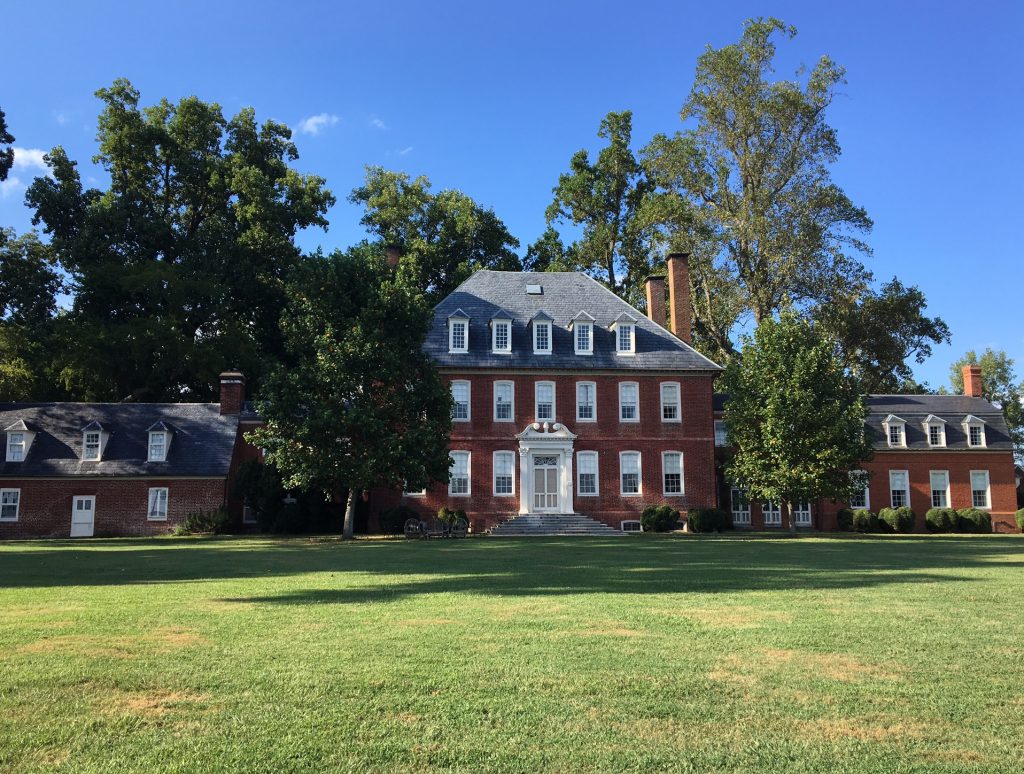 The Westover Plantation has secret passageways that leads to the river and is a fine example of architecture of the 18th century. (Cheryl Welch | Travel Beat Magazine)

Built in 1750, you can view the Westover mansion by traveling just a couple miles east of Berkeley along a mainly gravel road.

The iron scrollwork honors William Byrd III, one of the early owners of the plantation. There are also secret passageways on this property that lead to the river for an escape from Indian raids.

This is the home of John Tyler’s descendents, built in 1680.

President Tyler, who grew up in the James River area between Richmond and Williamsburg, purchased the plantation from William Henry Harrison in 1845.

Sherwood Forest Plantation’s grounds are open to visitors daily. Visitors can behold one of the most complete plantations remaining in the United States.

Bacon’s Castle is named because it was the fort of Nathaniel Bacon during the 1676 Bacon’s Rebellion.

While not a castle, it is a fine example of Jacobean architecture. Built in 1665, the mammoth brick estate is on the south side of the James River along State Route 10.

The stately home and grounds are now owned and operated by Preservation Virginia.